Posted at 03:05h in Business, Award by Pride Global

When Pride Global started in the 1980s as Pride Technologies, the company just consisted of Leo Russell, his business partners, and a vision for achieving human capital excellence through advanced technology. Nearly 40 years later, the company has made its way around the world—and today, we’re proud to announce that we’ve been named by Staffing Industry Analysts (SIA) as one of the top 100 largest U.S. staffing firms.

In its report on the topic, SIA highlighted the incredible growth of the industry over the last year. The 225 firms that generated more than $100 million in revenue made $134.9 billion in total, slightly more than 76% of the U.S. market.

For Pride Global, that growth has meant international and domestic expansion alike, with the worldwide headcount more than doubling over the last 18 months. As a result, 2022 has been a banner year for the company, with annual revenues expected to break all previous records on their way to the $1 billion mark—and beyond.

“With new locations in Dublin, São Paolo, Singapore, and Manilla, as well as plans for greater expansion throughout Eurasia and Oceania, Pride is more ‘global’ than ever,” said Leo Russell, CEO and founder of Pride Global. “We’ve had a strong year for building our capabilities and reach, and we’re looking forward to leveraging that growth on behalf of our clients as markets start to shift once again.” With its new locations and the introduction of Pride Innovations, its new web and application development firm, Pride Global currently has ten subsidiaries across four continents—and no plans for slowing down. Keep up with the latest news and learn where we’re going next by following us on social media via LinkedIn and Instagram. 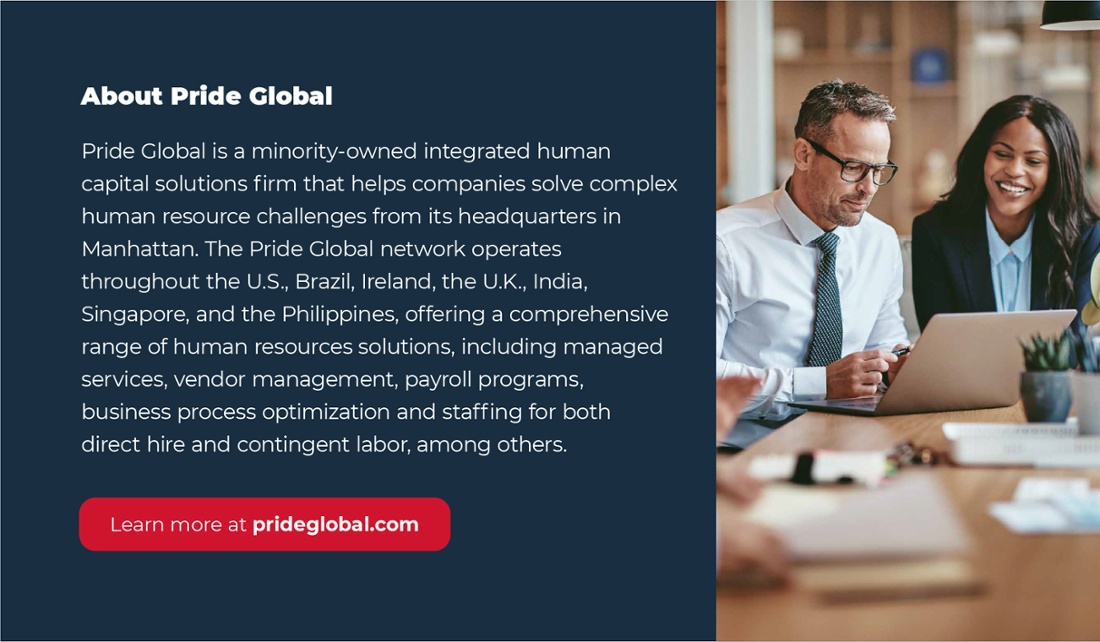